Apart from new devices, Apple also announced the dates for the release of their two main operating systems-

(for Apple Watch users, they also announced Watch OS 2.0, to be released on Wednesday)
Here is a quick rundown of the highlights:
iOS 9:

iOS 9 is the new operating system for your iPhone and iPad. Here are some of the new features announced.
New Notes App: Notes gets a major overhaul, allowing for checklists, images, web-links and other pieces. You can even add sketches with your finger:

Split screen: iOS 9 allows you to split your screen in two, with one app on the left and another on the right. This is great for copying and pasting between documents, or checking on emails when reading an article. It makes the iPad into even more of a multitasking device: 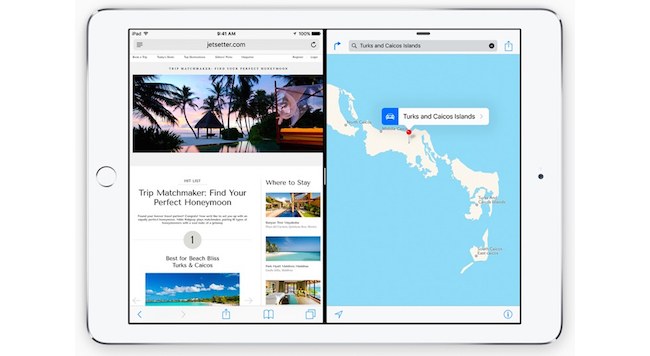 Battery life: Apple claim that they have improved the efficiency of iOS and they estimate that you will get one more hour of battery life after the upgrade.
Maps: in major cities, users will now be able to access transport information in Apple Maps, such as subway/underground stations and bus stops.
Picture in Picture: when watching a movie or holding a FaceTime call, you can press the Home button to scale this down into a smaller box, so you can check information in another app. 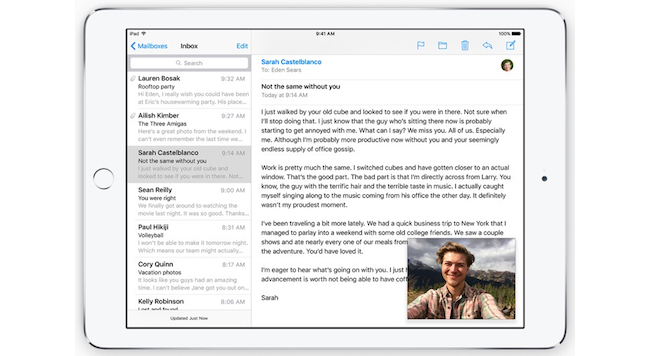 Shortcut bar: the row above the keyboard is now used for shortcut buttons, such as copy, paste, bold, italic etc. These handy buttons should help when typing longer documents:

New font: iOS 9 uses a new font for its menus and labels- this might be why it will look a bit different!
Security: users can set 6-digit passcodes in iOS 9 (instead of the older 4 digit codes).
Compatibility: any device running iOS 8 can install iOS 9; Apple have not left out any of the older models with the update.
OS X 10.11 El Capitan:

For the Mac, OS X’s latest editon is El Capitan, named after a peak in Yosemite National Park. OS X El Capitan is a refinement on last year’s OS X Yosemite, but also brings some welcome features:
1/ as we saw with iOS 9 above, you can split your screen between two of your apps, so it is simple to move information between documents from two apps: 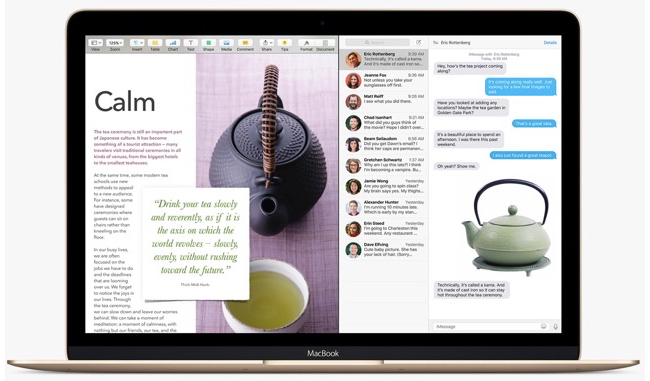 2/ Spotlight search has improved, and you can look for items using plain-English phrases. For example, if you type “documents I worked on last week”, your Mac works out what you need and presents the results:

3/ events and contacts- now your Apple Mail app will pick up info in your emails. It displays a strip at the top of the email message, where you can click “add" to place them in your Calendar or Contacts apps:

4/ speed! Apple have aimed to refine OS X in El Capitan, so opening apps should feel quicker and windows should open up faster.

5/ many of the changes arriving in iOS 9 are also coming to the Mac:
- new Notes app
- public transport info in Maps

6/ tiny but handy change- if you return to your Mac and it sometimes takes you a second or two to find your pointer on the screen- fear not! Under El Capitan, if you shake the pointer it zooms up on the screen for a second to attract your attention!